The browser you are using is out of date and not officially supported. You may encounter problems while using the site, please upgrade for a better experience.
Unlock this and other premium games!
Upgrade to Premium! 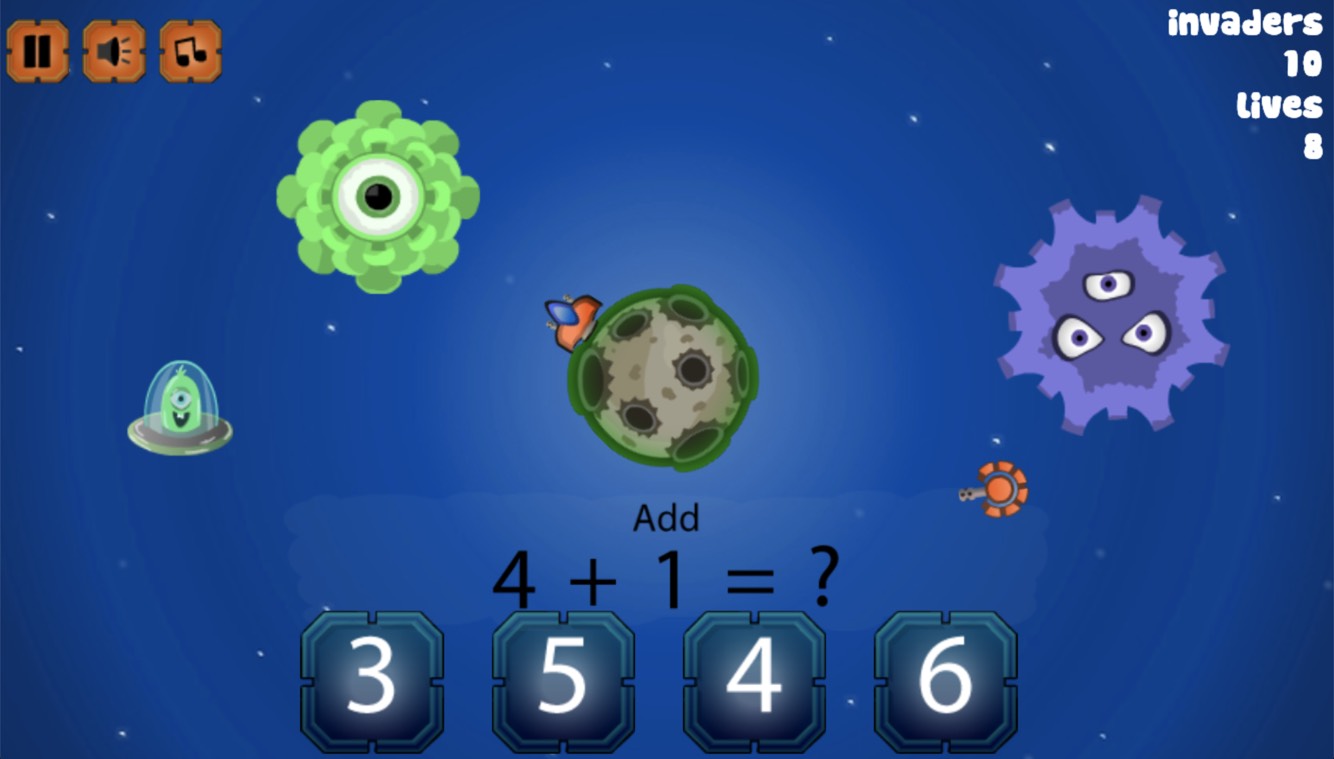 The invasion is on and the aliens have you surrounded! Slam into a thrilling new math game where you must defend your planetary outpost from a barrage of hostile extraterrestrials. Blast the aliens out of the sky with little more than a laser cannon powered by your ability to answer math questions! Are you sharp enough to save the world? Can you answer fast enough to unleash a volley of laser fire against the encroaching alien phalanx? Play now to find out. Each successfully shot down alien craft will gain you money. In between rounds you’ll be able to use that money to upgrade your ship, your planet, or add a drone to your forces for extra protection. Each of the three genres of upgrades has four separate items to buy. You’ll be spoiled for choice of upgrades the longer you play.

Check Out Our Other Games
Share This Skill With Your Students

If you notice any problems, please let us know.